I'm sorry a man died.  I'm sorry that people will remember him only for the color of his skin.  I'm sorry that those that are supposed to do right, did wrong.  I'm sorry that they are also only recognized for the color of their skin.  I'm sorry that so many people choose to glean what they want from history, and forget the rest.  A great man, who was great not because of his skin once said "I have a dream that my four little children will one day live in a nation where they will not be judged by the color of their skin, but by the content of their character."  Probably one of the most quoted, and misquoted men of color was Dr. Martin Luther King, and he fought for years, and gave his life, so that people would forget what color his skin was.  I hear Black lives matter, I ask why?  Because they are black?  Is that what George Floyd's family remember?  That he was black?  Is that all he was?  Was he a father? Was he a husband? Was he a good worker? Was he a man of faith?  I don't know, and the news won't tell me, for the most part, any of this, because the fact that George Floyd was anything other than black doesn't serve their purpose, it doesn't fit their narrative.   If it bleeds it leads...  What the news wants you to know was not that a Christian Father of 3 was killed by police, but that they were able to reduce this man to "Black man killed". How do you think Dr. King would have looked on this?  For certain he would be saddened, but I guaranty you that he would not reduce George Floyd to 'just a black man'.  Don't get me started about the riots and looting.  No.  Let's go there.  Can anyone name that famous Riot that Dr. King started?  Oh, there wasn't one.  What about that protest that he held with reports of over a hundred thousand in attendance where they burned flags and looted stores.  Oh, there wasn't one.  Dr. King taught peaceful protest, and Minneapolis and the world had their chance to have a message of peace, of unity, of healing.  But those savages decided to burn down their town.  The owners of the stores burned to the ground, and the employees of the looted stores that will lose their jobs had NOTHING to do with the death of George Floyd.  Towns like San Francisco, Seattle, Portland have out of town protesters flocking in by busloads.  I found myself touching base with other store owners today, we have all been checking in with each other, making sure we are safe.  I have my family ready, we aren't going crazy, but we are ready.  It is a sad statement that those who don't know why they are causing discontentment are doing so under the auspice of "Social Justice".  If they wanted justice they would peacefully protest, they would remember those that came before and fought battles for this.  I guaranty that had their been peaceful protests they would have both sides of the aisle lining up in support.  Instead they want division, they want fear.

I don't know where we go from here.  I do know that those who are going to do criminal acts will always take advantage of a crisis, whether that be the thugs downtown, or antifa, or the politicians that they themselves won't protest but will instruct their minions to do so.  I know that burning towns and looting stores won't settle injustice, and if you think it will YOU are responsible for that knee being pressed on a mans neck just as much as the dirty police officer.  Peoples lives were destroyed, people, now multiple people, have been killed, and I am sorry about that too...

"If there are no dogs in Heaven, when I die I want to go where they are..."

Click the button and it will take you to a free training, takes about 10 minutes, then you can print out your certificate valid for 5 years for the purchase of Semi Automatic Rifles.  It is FREE!!! 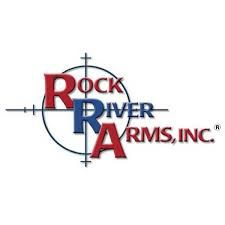 Come on in and see one for yourself!!

Haynes and Sons Guns was awarded a Google Award for Excellence for being one of the top performing Veteran Owned Websites in it's category.

video of the Week

One of our best programs has been our Layaway program. We offer Layaway on all of our in stock guns with just 20% down and 20% every 2 weeks, Text for further details.

We accept offers and trades, and on occasion will purchase your guns outright.  Please remember when trading we try not to sell at retail, so we can't give you a wholesale deal and offer you retail on your trade, we will generally offer approximately 25-30% under retail.

We ALWAYS accept Silver, Gold, Palladium, and Platinum in bar, coin, or bullion form at spot.  We will on occasion take gold jewelry on trade, but it will generally be at melt or scrap value.

HAYNES AND SONS GUNS WILL NO LONGER BE SELLING AR15'S

Due to i1639 Haynes and Sons Guns will no longer be selling, for the most part, AR15's.  We will be selling upper and lower receivers, and if you decide to buy a combo for a discount and later assemble the two, that is between you and the Lord.  But as far as the State is concerned that will be only a Federal NICS check with no waiting period, no extra fee's, no needed class.  The ATF and NICS have agreed that WA residents will be able to purchase lower receivers for the next year until Washington state is able to make provisions for the transfer.  Please respect our wishes to no longer sell this deadly and evil weapon, and only to sell harmless receivers.  Thank you for your support.

We hold the values of family and service to our nation very high.  We are a Veteran owned company, and family run.  You will frequently see Jason (Dad) Mike (Son) Becca (Daughter) Isaac (Son) and Jeanette (Wife) selling, Mike and Jason building guns, and Jeanette and  Becca running the behind the scenes books and finances.  We began this business to assist with Jeanette in college, and now that she has graduated, it goes to pay Mike, Nick, Becca, and Isaac's tuition.

Thank You for Your Service

We come from a long line of Veterans, First Responders, and Police.  We celebrate community service.  All Military- active or veteran, all police, all fire, and all first responders including ER and Crisis Workers will receive 5% off and $10 transfers.  Thank you for your Service.

We buy collectible Glocks and regular old Glocks.  Text us today and get an idea of what price range you may be able to get on trade for your gun.  We are always looking for Gen 1 17's, 19's, 17L's and 17LP or 17LC models, we will offer you the best we can for Gen 1 models especially the Gen 1 19, if you have one we will pay you a premium in cash on it!  We will buy cases and manuals and magazines  from the 80's as well.  We can describe these over the phone or text to make sure you have the right ones.  A few of the models we are looking for are RTF2C Fish Gill models, of any model, these would be a compensated model with curved rear serrations.  We are always looking for RTF2 Fish Gill models, as well as any "C" or compensated models, Gen 2 and up with preference given to Gen 2's.  We are interested on any 10th, 20th, or 25th Anniversary models.  We are interested in any of the Cutaway models, with preference given to Gen 1's and 2's.  We are always looking for Gen 1 and 2 "P" or "C" models especially those in 17L or 24C, but we will also take interest in any 17L or 24 you may have.  We also would be interested in the Model 21SF with the Ambi mag release and Picatinny Rail.  Also interested in any model RTF1.  Any may be interested in any special edition models such as Olympic Security etc.  Thank you for taking a look, if you have a Glock and want to sell it and see what we will offer you, please don't hesitate to text (509)475-8125.  We aren't buying normal Glocks for new prices, but we will try to offer fair trade in value, we aren't particularly fond of .40's but will take them in on occasion.  We generally will not buy a glock with any internal modification or stippling, exceptions can be made of course, for instance we love factory ZEV guns...

We love our customers, so feel free to text literally ANY time!  I can't stress this enough, PLEASE text, don't waste your time by calling, if it can be handled in a text please do so.